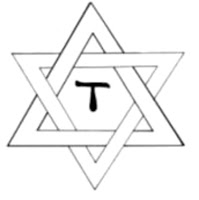 Knowledge of the heavens is a decisive factor in survival, and for millennia humans have studied and recorded astronomical cycles. Lunar, solar, and stellar calendrics were inscribed and painted on stone, bone, and ivory through the ice ages. One particularly stunning example is the six pointed star composed of two opposite, overlapped, equilateral triangles. This star has a long and telling history.

According to Duncan-Enzmann, the beginnings of this beautiful star are seen as far back as 77,000 BC in South Africa, where the yearly southern extreme of the sun’s position was recorded using an upward pointing triangle for winter solstice sunrise and sunset. A downward pointing triangle later recorded the summer solstice event. To “read” this symbol place yourself at the point, looking toward the wide end where the sun rises and sets, northward for summer solstice, southward for winter.

By 60,000 BC sundial shadows were being used to measure the daily movement of the sun. The shadow made by the sun and the center pole, or gnomon (Greek for the one that knows), traces the movement of the sun across the sky, creating a V shape; divisions of the circle indicated time of day. Later the gnomon was tilted for greater accuracy. In beautiful renderings during the Lascaux period, ca. 14,500 BC, summer and winter solstices were represented by overlapping the triangles creating a hexagram, or six pointed star. The horizontal center line created by the intersecting triangles denotes the equinoxes.

Megalithic observatories emerged from the tradition of sundials, and records of the movement of the moon and sun were improved by the accuracy of stellar observation. Astronomical patterns were recorded using symbols like the six-pointed star. Calendric notations from sundials, the six pointed star, and stellar observations combined to create the seasonal wheel symbol: a hexagram surrounded by a circle, around which animals are arranged. This and other calendrics recorded the seasons of animal migrations - what could be hunted when, and where. The megalith observatories became a continental utility; symbols for when to plant, reap, gather, weave, build, and hunt were inscribed on the observatories, placed according to season.

Oral tradition, mythologies, and images like the hexagram were used to pass on knowledge of the heavens for thousands of years. Out of these “picture stories” grew a world of traditions, some centering the hexagram, such as the story of Solomon ’s Seal. Hindus know the star as a Yantra (mystical or astronomical diagram), to Buddhists it is a symbol of the Sacred Marriage, in China it represents Yin and Yang, and it is found among the symbols of Pre-Columbian and Central America. In spite of its astronomical origins, in the 18th century the hexagram was commonly used as superstitious protection against evil (the “hex” also comes from this tradition). Alchemists used it to symbolize the union of opposites, and it is considered by some to be the symbolic epitome of “as above, so below”. Known as the Star of David, or the Magen David, and commonly associated with Judaism today, the six pointed star is actually a relatively new symbol of the Jewish faith. One of the most fundamental and attractively scientific symbols, it was well chosen in 1948 for the flag of Israel. This ancient star also has contemporary meanings including male and female, fire and water, the personal and impersonal, and the perfect balance of opposites: the hermaphrodite. 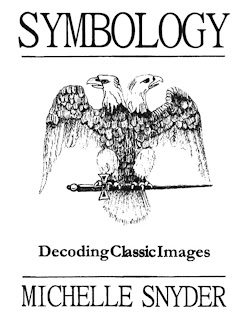 Posted by The Symbologist at 1:10 PM