The Cross - from direction to salvation


The cross is a symbol familiar to most everyone in one form or another. The equal-armed cross is one of the most ancient human symbols, appearing tens of thousands of years BC. It was the first symbol for direction: north, south, east, and west. Over time, one arm of the cross was lengthened to differentiate the directions, the extended arm of the cross denoting south. The circle on the familiar Celtic cross would more accurately be an ellipse and symbolizes the position of the sun at the winter solstice when the sun is at its lowest point, above the Tropic of Cancer.
Crosses are visibly prominent in the pictographic language of early peoples. The solar cross, or wheel cross, is evident in Neolithic inscriptions and denotes direction and time - ultimately seasons and the cycles of nature. The solar cross is now a symbol for Earth. The cross became a symbol of the great god, the sun.
Crosses resemble other symbols, such as the ankh, which translates to life. Also similar are the symbols for female, Mercury, Taurus, and the Tau. The triple tau, or triple pillars, has astronomical interpretations pertaining to the solstices, equinoxes, colures, and the relative constellations. The tau cross has other names associated with religion: the crux Commissa, Old Testament, Anticipatory, Advent, or St. Anthony's cross. It is commonly associated with St. Francis, it is a pagan sign of the Mystic Tau of the Chaldeans, and to the Egyptians means “sacred gate.” The tau cross is a symbol of Mithras, Attis, and Tammuz, all gods associated with the sun. 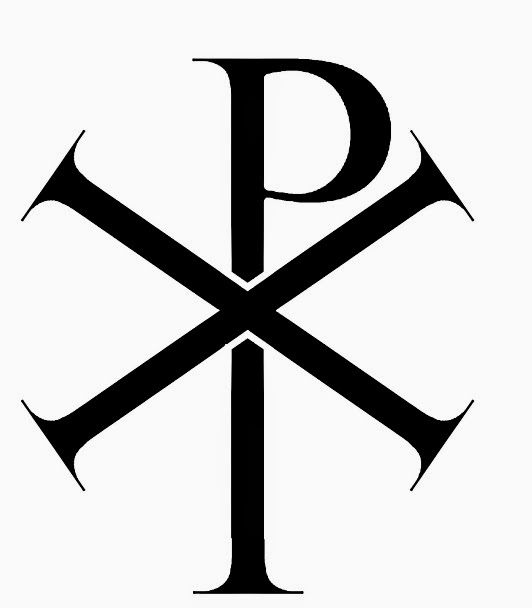 Another cross symbol is the Chi-Rho. One legend says Emperor Constantine had a vision before the battle against Maxentius. According to this legend Contantine’s premonition was that he would be victorious if he put this cross on the standards of his soldiers, symbolizing his recognition of the one true religion - Christianity. The Maltese cross is a firefighter’s badge of honor.

According to one legend, this dates back to battles between the Saracens and the Knights Templar on the Island of Malta. The Saracens developed a fierce weapon which hurled fireballs at their enemies. The Knights banded together to fight this new weapon and saved many lives, eventually driving their attackers out. The island of Malta was given to the brave knights to reward their courage. The eight pointed cross has been on their flag and used as a symbol of firefighters since.

The cross has evolved from a symbol for four directions into a symbol of sacrifice and salvation. The Southern Cross with the extended arm is used by Christians to symbolize the sacrifice of Christ for salvation, imaged with or without the Savior upon it. In Rennes le Chateau, France there is a southern cross with a mother and child imaged upon it where the arms of the cross intersect. Madonna and Child are not here crucified, but glorified, surrounded by radial lines.

Posted by The Symbologist at 6:00 AM