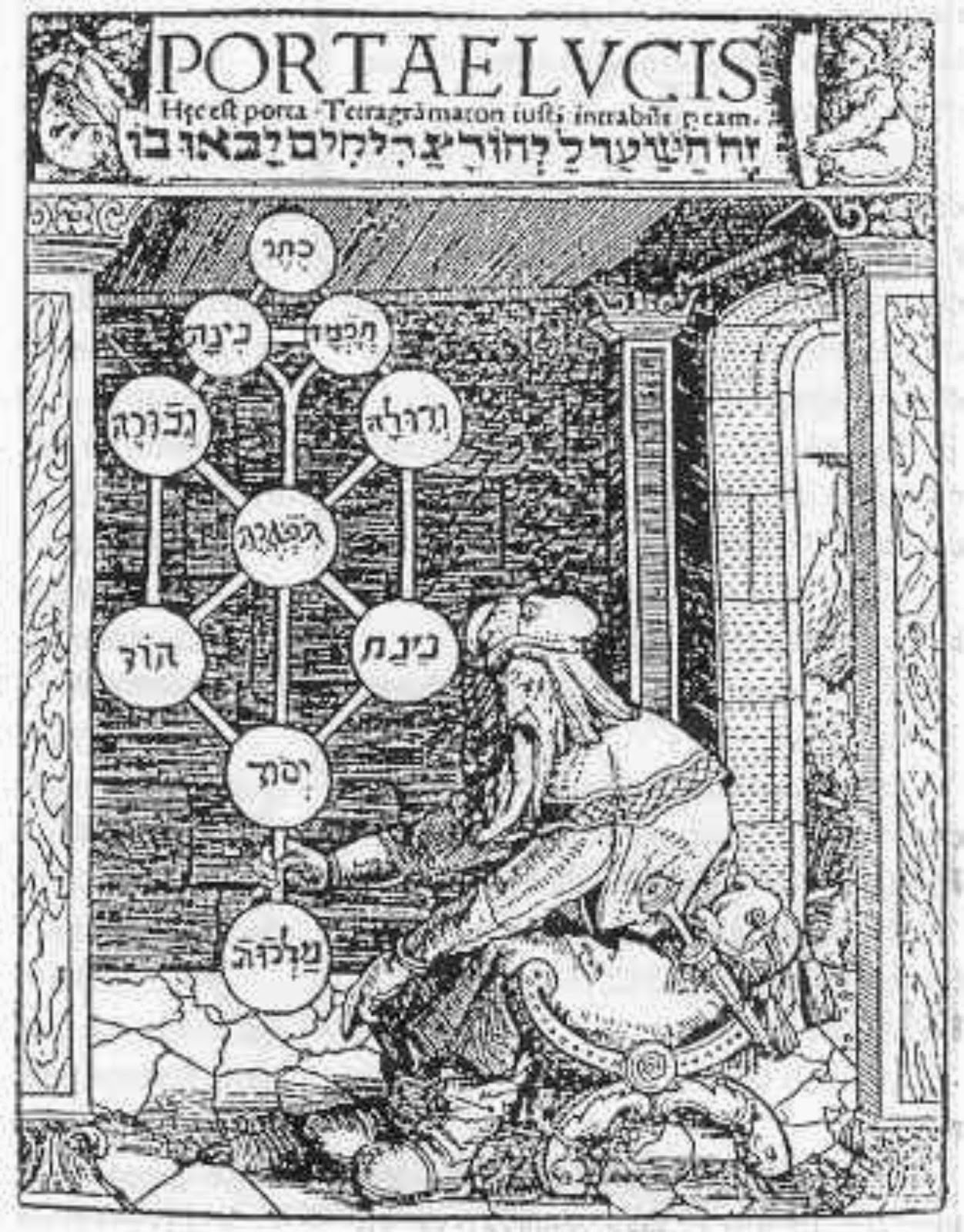 Long before there were religious concepts of good and evil there was magic. In this magic-pool arose an occult philosophy called the cabala. The name is from Hebrew qibbel, which means to receive, and signifies “knowledge handed down by tradition.” For a while it was the secret practice of the Jews. By the time it was introduced into Christianity it brought with it a complex vocabulary and a language of theology, contributing fresh elements to which Christians attached great importance. The cabala supplied mysticism with attractive formulas: The 10 Sephiroth (Numerations), The 32 Ways to Wisdom, The Fifty Doors of Knowledge. Many angels of which there is no mention in the Bible were named. It provided seventy-two names of the deity, appealing to the imagination of seekers about forbidden mysteries. These divine names were introduced into all the ceremonies of sorcery and magic. (720 = 1/5 of a circle, one point of a pentagram)

The cabala is much older than most think. It is likely from before 4000 BC and began as a record of knowledge which was passed on through generations by oral tradition – in accord with the meaning of the Hebrew word. The cabala’s Sephirotic Tree is a descendant of Yggdrasil, from which come all World Trees, Cosmic Trees, and Trees of Life; they are symbols of the mystery of life, death, and regeneration. Depicted with ten circles and three columns, the Sephirotic Tree represents state and information spaces. Every thing is a state-space. Living things are state-spaces with information-spaces in them (Duncan-Enzmann). From the highest to the lowest, the circles on the Sephirotic Tree denote the source-of-all, to the kingdom-of-earth. Knowledge of these concepts opens doors to higher worlds for those who possess it; the cabala attracted both the most elevated of philosophers and the more vulgar practitioners to its esoteric nature. It had influence on the highest and lowest of occult sciences.

The cabala was considered the exposition of a great secret, a mystical and religious system of philosophy. The human body was believed to be an expression of ten globes, or spheres of brilliant colored light; these globes define the limits of the creative essence. Forming a tree of luminous beauty arranged in three columns – Judgment, Mildness, and Mercy – the globes, columns, and twenty-two pathways between them are all part of the Sephirotic Tree which is one of the major features of cabalism. It is perhaps the most accurate and significant color chart in mysticism.

The cabala is the union of ideas and signs; a trinity of words, letters, and numbers. It is comprised of ten ciphers, twenty two letters, a triangle, square, and circles. Twenty-two connecting channels equate to the Hebrew alphabet; add the ten globes to make thirty-two, which represents the thirty-two nerves that branch out from the divine brain (symbolism found in the 32nd degree of Freemasonry). Color symbolism is important in all systems of magic. The cabala’s sephiroth are white, black, gray, red, blue, yellow, orange, green, purple, and one circle of gold, olive, black, and russet. The iridescent beautiful colors of the globes each represent a human concept. 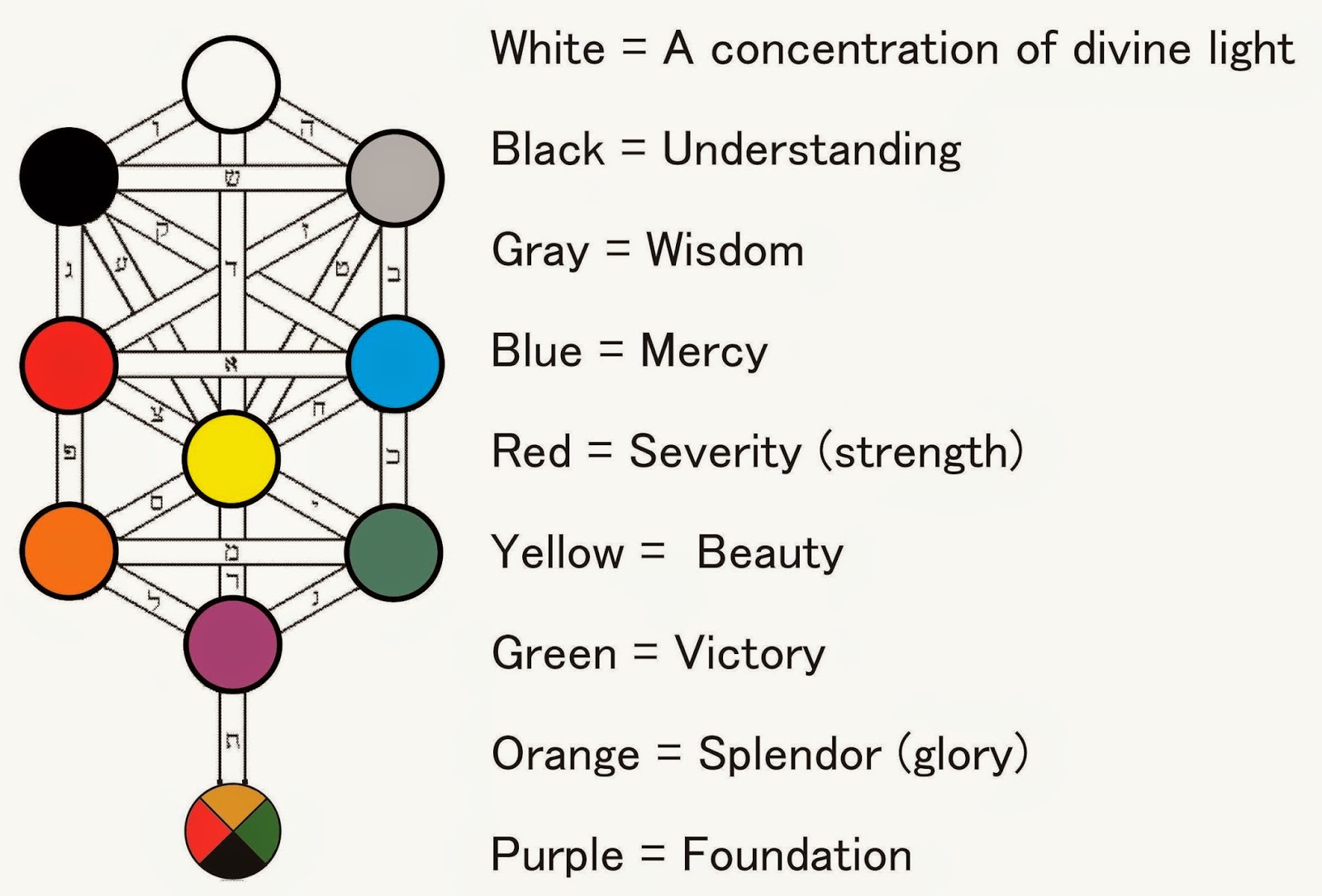 Although the Christian cabala was little known, its advocates adapted it to every branch of philosophy, and with it attempted to explain all the mysteries of the world, from stars to life essence. Medieval thinkers such as Agrippa, Paracelsus, and Fludd, perhaps through fear of persecution or the love of things secret and hidden, surrounded this doctrine with illusive mystery, proclaiming it profane and forbidden – reserved only for an elect few. Magicians, adepts, initiates, or cabalists, by whatever name you call them, attempted to penetrate problems which theology could not.

In the 17th century Jacob Boehme, a German shoemaker-theologian, combined the notions of cabala with Christian mysticism. He had a small number of adepts and until the nineteenth century was almost unknown. In this 1675 portrait, the eminent theosopher is surrounded by pentacles and alchemic-cabalistic emblems which link the mysteries of religion and the principles of magic together.

Today organizations like The Kabbalah Centre offer training in “the world’s oldest body of spiritual wisdom,” opening the hidden keys to the secrets of the universe and mysteries of heart and soul. They promise that if you don’t just learn, but use this wondrous information you will gain clarity and freedom, remove suffering and pain – ultimately erase death itself. What began as a system of recorded natural observation more than 6000 years ago has evolved into a doctrine of magic and immortality; what was secret and forbidden for hundreds of years has incubated, and emerged as a cure for all humanity's ailments.