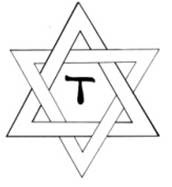 For our ancestors, knowledge of the heavens was a decisive factor in survival, and for millennia they recorded astronomical patterns. Ca. 12,500 BC, lunar calendrics, and stellar and solar 24 hour clocking are evident in inscribed notations which evolved with mankind. Sometimes engravings or paintings were made to record these patterns. One particularly stunning example is the hexagram, now also called Solomon’ s Seal, Magen David, or Star of David.  The hexagram is one of the oldest and most universal symbols.

Hexagons are six-sided shapes. Evident on the crust of the earth, in the formation of rocks, dried corn, and snowflakes, they are formed by pressure from without. This is the basis of the “hex”: subjects of the “hex” find themselves surrounded by pressure. Hexagrams of overlapping triangles were used in the days of Solomon to contain evil spirits, trapped by the surrounding pressure.

The Magen David is commonly associated with Judaism today, but it is actually a relatively new symbol of the Jewish faith. Although it appears occasionally in their early artwork, it has never been exclusively Jewish. The evolution of this familiar symbol can be observed with the following series (Duncan-Enzmann):


With the simple diagram below, it is easy to depict the movement of the sun from winter solstice, through the spring equinox, to summer solstice, and back to autumnal equinox. Even small children are able to understand and remember; our ancestors taught the very young how to tell time and season astronomically:
According to Christopher Knight in “Solomon’s Power Brokers ” the hexagram known as the Star of David has roots not only in ancient astronomical observation, but observations done at a particular place. The diagram below shows the hexagram created by the sun’s shadows at winter and summer solstices, as it appears at the latitude of Jerusalem. 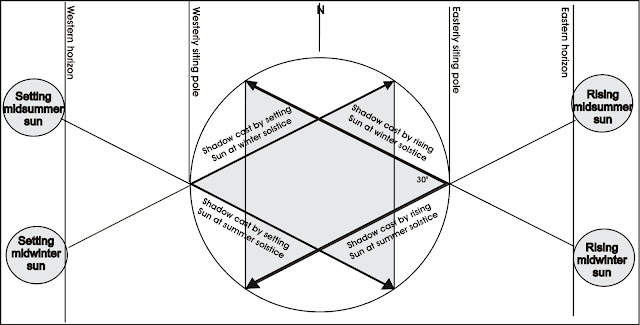 After an illustration in: “Solomon’s Power Brokers: The Secrets of Freemasonry, The Church, and the Illuminati.” Christopher Knight and Alan Butler. 2007. New York: Watkins

As with most symbols the hexagram gained layers of meaning as it flowed through time and cultures, coming to symbolize the union of opposites:  male and female, fire and water, error and truth, active and passive, darkness and light, ignorance and wisdom. These interpretations are not unreasonable considering the astronomical origin of the symbol – from observations based on light and shadow.