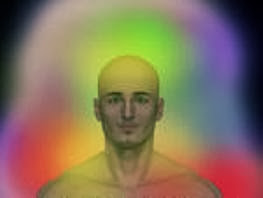 Medical science is always at odds with believers of divine healing, yet modern medicine is in itself miraculous. There are recorded cases of miraculous cures. We know that a healthy body can resist germs and disease, and psychiatrists teach that a healthy mind can, to an extent, keep the body healthy. It is known that stress and worry break down our bodily defenses, and that meditation is a good practice for managing them.

The art of healing is by nature akin to the supernatural. The will to live is a very effective deterrent. Ancient healers did effect astonishing cures – did a deity intervene? Did the healing ritual emotionally effect recovery in the sick person? It is true that mental illness can cause physical ailment. If the process is reversed, could mental stability restore the body?

There is a psychic factor to color. It is appealing, emotional, and inspiring; suggestive of something mysterious. The study of the human aura provides a clinical environment in which to gain knowledge about color and healing. The subject of human aura is not necessarily mystical. Even the most skeptical knows that the body radiates heat and odor. In the right circumstances this emanation can be seen. Photographers such as Carlo Van de Roer do biofeedback photographs of these emanations. 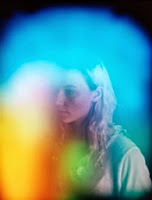 The human aura is affected by the condition of the body - by health or illness. To some mystics, astral light is a healing force, representing the divine deity shining from within. It is said that auras flow from holy places of the Orientals more so than from the temples of Christians, who disdain psychic phenomena.

Paracelsus stated the body has two substances – visible and invisible. Chaos of the visible produced disease. He would endeavor to re-harmonize it with contact of healthy bodies, to heal the sickness with needed elements from the presence of a person with a strong aura, sort of like a transfusion of vibration instead of blood.

An auric healer has three methods: thought transfer, influencing the patients aura, and encouraging the right emanations. The healer meditates on certain hues to build up his own aura, thus affecting the aura of his patient. This is a mental and spiritual process, not one using lights or colored material. 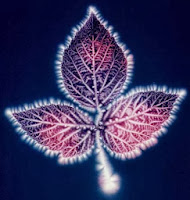 To modern medical doctors the theories of the auric healer may seem ridiculous fantasy, nonetheless the aura cannot be ignored if the healing sciences are to practice what they preach. Any number of investigators of this phenomenon, no matter how skeptical, admit that simple colors surrounding the body are visible to the eye. In his book on the subject, George White explains that a  magnetic field exists around animals and plants and that this magnetic atmosphere must be characteristic of the vehicle it emanates from. Kirlian photography has documented these magnetic rays around both the living and the inanimate. White states that the color of the average aura is grayish blue, and that health and disease are evident in the aura.

Walter Kilner, in The Human Atmosphere, approaches the subject with the scientific mind of a laboratory worker, shunning the more mystical aspects of aural light. He concludes that there is a visible envelope surrounding the human body, which has three parts. There is a narrow dark band, a very clear aura, and  one that is misty and without sharp edges. In a normal aura the radiating beams emanate at right angles, are electric in appearance, always shifting and changing. The color of health is bluish gray, tinged with yellow and red. Disease changes this to duller and grayer color. Kilner stresses that the shape of the aura is more important than its light quality. Many studies by Kilner and Oscar Bagnall were done in scientific manner; Bagnall used a special screen to observe the aura, rather than gazing at the person in a dark room. He divides the aura into two parts – inner and outer. He does agree that the healthy aura is bluish or grayish, and adds that bluer hues indicate finer intellects. Bagnall determined that no aura shines from a dead thing, whereas Kirlian photography endeavored to show that the magnetic field around all things remains for a time after it is dead.

After much research with processes to sensitize the rods and cones of the eyes to certain colors, Bagnall theorized that nocturnal animals had ultra-violet vision and could see things invisible to humans. He believed that medicine and surgery would benefit from further study of the aura, that these streaming emanations have profound significance. He is convinced that the aura and its colors are an inherited quality, and would follow genetic laws.

John 1:4 says “...life was the light of men.” Ancient mystics worshiped light. They believed that light was divine, that it filled all living things, and that it brought with it knowledge of the divine. This is in accordance with practitioners of auric healing – that the divine light within life can be observed, and that it can be used to heal.