The Golden Touch - the real story 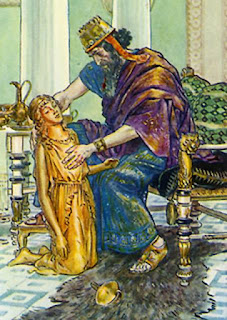 The story of King Midas and his golden touch is told today as a tale of the price of greed, and in some, the rewards of repentance. This is how the first part of his story is generally told today:

Midas was a king of great fortune who ruled the country of Phrygia, in Asia Minor. He had everything a king could wish for. He lived in luxury in a great castle. He shared his life of abundance with his beautiful daughter. Even though he was very rich, Midas thought that his greatest happiness was provided by gold. He would spend many days counting his coins.

One day, Dionysus, the god of wine and revelry, passed through the kingdom of Midas. One of his companions, a satyr named Silenus, got lost along the way. Silenus got tired and decided to take a nap in the famous rose gardens surrounding the palace of king Midas. He was found there by the king who recognized him instantly and invited him to spend a few days at his palace, where they feasted and rested. After that, Midas took him back to Dionysus. The god of celebration, very grateful to Midas for his kindness, promised Midas to satisfy any wish of him.

Midas though for a while and then he said: “I hope that everything I tough becomes gold.” Dionysus warned the king to think well about his wish, but Midas was positive. Dionysus could do nothing to dissuade him and promised the king that his wish would start the following day. Everything he touched would turn to gold.

The next day, Midas, woke up eager to see if his wish would come true. He extended his arm touching a small table that immediately turned into gold. Midas jumped with happiness! He then touched a chair, the carpet, the door, his bathtub, a table and so he kept on running in his madness all over his palace until he got exhausted and happy at the same time! He sat at the table to have breakfast and took a rose between his hands to smell its fragrance. When he touched it, the rose became gold. "I will have to absorb the fragrance without touching the roses, I suppose," he thought in disappointment. Without even thinking, he tried to eat a grape but it also turned into gold! The same happened with a slice of bread and a glass of water. Suddenly, he started to sense fear. Tears filled his eyes and that moment, his beloved daughter entered the room. Giving Midas a hug, she turned into a golden statue! Despaired and fearful, he raised his arms and prayed to Dionysus to take this curse from him.

The god heard Midas and felt sorry for him. He told Midas to go to river Pactolus and wash his hands. Midas did so: he ran to the river and was astonished to see gold flowing from his hands. The ancient Greeks said they had found gold on the banks of the that river. When he turned home, everything Midas had touched had become normal again. Midas hugged his daughter and decided to share his great fortune with his people. His people led a prosperous life and when he died, they all mourned for their beloved king.

There is more to the mythology, none of it complementary to the king. There are a few variations of details; many tellers add morals and speculation to the myth as a tale to teach virtue. Turning his daughter to gold was a later palimpsest, told by Nathanial Hawthorne in 1852.

Historically there were several kings named Midas; the common reference is King Midas from the 8th century BC, who ruled Pessinus, Phrygia. He was married to a Greek princess, daughter of Agamemnon. According to Greek and Assyrian sources he traded with the Greeks, and many other nations.
Was it Greed? Or Science! 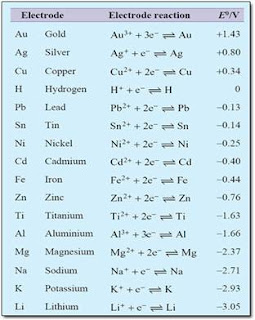 In order to decode this legend we must look at the electromotive series. History tells us the Greeks found gold on the river banks where Midas washed the curse from his hands. This may be the most significant statement for decoding this story. If you take a tin cup and place it in water that is downstream from a copper mine or processing plant, in a while, with the proper liquid medium, you will have a copper cup. Iron turns to copper, copper to silver, and silver to gold. This is called the electromotive series, and is, in general, how batteries work. In the Smithsonian Museum there are two silver Llamas which fell into a river where silver trace was, and they turned to silver, well preserved to the detail. It is this process that is symbolized by Midas turning everything to gold, and washing the gold off in the river.

It is also important to look at what was happening at the time of Midas. Turkey used young children to mine tin, as they were smaller and could go deeper into the mines. Some died and were left in the mines. If the mine collapsed, or flooded, the children were left there. One mine did flood with water that held gold sediment, and a young girl about five years old was preserved as electrum; a silver & gold child. Pristine details remained: Her eyelashes were preserved to the hair, and the flowers in her basket still had their petals. The story of Midas turning his daughter into gold likely comes from records about the discovery of this young girl.

So how did the story become so detrimental to the reputation of King Midas?

Another significant thing to know about Midas was that he invented coins for standard measurement. Well, his wife invented the idea and he had them made. Great! you might say. It was. Trade in precious metals and stones were big business and it was full of thieves and cheats. The coins prevented Midas and others from being swindled in transactions, and the swindlers hated him for it.  The king’s reputation became one of greed and avarice, a reputation which spread rapidly as stories made up by angry traders.  In the stories about his daughter she has been called Marigold (a name derived from Mary of the Catholic tradition). That name would not have been used then, if he had a daughter, more likely her name would have been Elora, or Lura.

Palimpsest about many legendary and mythological characters arise from similar slander. The monster Medusa was a result of stories told to tear down the power of the Vanir navigators. It is said that Athena turned her into the snake headed creature – in theory, she did. Stories are powerful. They can create a persona that is hard to correct. Peeling away layers of information and looking at each in historic context helps determine what is valid and what is layered into history for deconstructive purpose. Midas was subject to just such storytelling.