In No Time At All

For tens of thousands of years mankind has been observing the physics of our universe, measuring distances, sizes, and the direction of the heavens that surround the small blue jewel we call Earth. Lately, scientists have discovered new planets that orbit several stars, and new stars forming in magnificent clouded nurseries. The worlds on our doorstep seem to be welcoming our curiosity and rewarding our discoveries with information to improve our lives.

One of the earliest discoveries credited to Proto-Sapiens, dating back to 400,000 BC (Bilzingsleben), was how the Moon cycled through its positions and phases when compared to the Sun. This is a primary observation that provided a regular change of events, and it became more and more predictable as time went on. Evidence of human development can be traced with the history of astronomical observations; records of their findings reveal an accurate development of recorded time. They (we) recorded time to the best of their abilities and built utilities for those that supplied daily necessities in all types of climate conditions. Inscriptions on bone, stone, and ivory that date back several Great Years are still here for us to read - as if there were no time at all.

Most astronomical "discoveries" have been credited to more recent science than ancient, and time itself has been shortened by the gathering of "new" observations. Since the invention of the Guttenberg Press the volume of mass communication information has multiplied exponentially, and with it the pre-incunabula forms of recorded information - science of the past – have been forgotten. Like a science-fiction irony, our love affair with technological advances causes us to forget old ways. We have rewritten the great stories of the past and forged new utilities of our own, but we lost an ancient scientific civilization by publishing re-discoveries as new advances, at the expense of the ancient secrets of experience - as if there were no time at all.

Yet we were very much alive and well then, recording astronomical geometries and circumnavigating the globe. 22,000 year old Solutrean stone tools are found in Chesapeake Bay, Proto Indo-European language is inscribed and painted across the continent ca. 12,500 BC, with older roots in Solutrean and Aurignacian cultures. By 6000 BC, an ancient matriarchal society had named the stars and planets, days of the week, and months of the year, and had discovered the accuracy of the Venus cycle, standardizing time and navigation until the discovery of the atomic clock in the 1970’s. We even put a man on the moon not too long ago - and we did that without computers.

A recent discovery by Lorentz, near the end of the nineteenth century, proved that velocity at speed of light reduces time to zero. Sounds like science fiction? It isn't. The more we accelerate to the Speed Of Light the less we age, remaining ageless during SOL velocity; we return to aging when we reach our destination. We only experience time during the acceleration process, and however many light-years distance we travel – the passing of time is still zero. The ultimate human endeavor is to travel to these astronomically distant landfalls with hydrogen fuel in never-ending supply, to any destination, at near speed-of-light velocity. Although Great Years may pass in real-time before we reach our destination, we can go anywhere in relative time - as if there were no time at all. 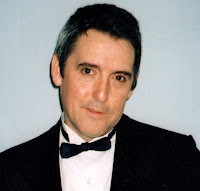