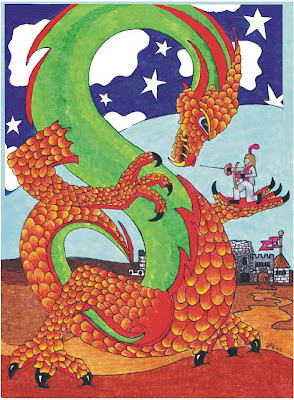 The Agreement - M. Snyder
Fascinating to young and old alike, dragons guard treasures, bring good fortune, kidnap princesses, and are slain by knights; we are in awe of their power and majesty. Yet, though they be the stuff of fairy tales, there is historic basis for these infamous beasts.


Dragon lore stems from Celtic and Greek observations of dinosaur bones found at Mongolia’s Flaming Cliffs, between 5900 and 3750 BC. As the Celts and Greeks migrated back to Europe from Asia, the stories of these legendary beasts came with them. These enormous creatures have come to represent all that is good or bad in our world, and symbolize the fear of monsters in our psyche. 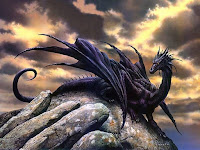 The symbolism of dragons differs around the world: some are ferocious and destructive, terrorizing humankind, some are bringers of good fortune and happiness. Dragons can be as small as a silkworm or can fill the entire sky. They are at home in air, on earth, in fire, or in water. They generate lightening, thunder, and rain, and they ensure fertility, order, and prosperity. Since antiquity, dragons have represented the vast primal forces that support the material realm.

Dragons are mythological creatures, both good and evil. Colossal beasts, they are symbols of immense power. Western symbolism emphasizes the negative side of their power and energy; the dragon-foe became synonymous with Satan and has come to symbolize evil. In western literature dragons symbolize intense passion and represent the battle knights must fight against immorality. In the Grail stories, passion is the uncontrollable emotion that drives Tristan and Iseult into their adulterous and tragic love affair; similarly, the dragon which Lancelot kills is also associated with adulterous love. The red and white dragons fighting under a hill where Pendragon tried to build his castle were symbolic of two adjacent nations warring with each other - the white dragon represents the Saxons and the red dragon, the Britons. In Anglo-Saxon legends from 793 AD, dragons are recorded as bad omens: a famine happened shortly fiery “dragons” were seen in the sky. 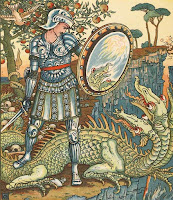 In Greek mythology Perseus saved Andromeda from being sacrificed to a sea dragon. This is one of the oldest stories of the classic hero saves damsel from beast. This theme has its roots in the ice ages. Fairy tales, folklore, mythology, and legends from around the world tell of the great bravery of heroes who do battle with raging beasts to rescue a princess. In one tale, the princess is the dragon, which presents a unique challenge for the knight. Oral tradition from prehistory does not speak of dragons per say, this word is only a few centuries old. There were many names for great powerful creatures who could be either dangerous or benevolent, and some who were misunderstood. 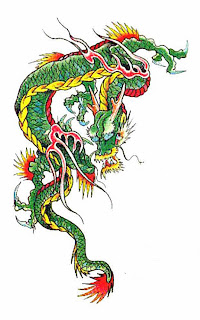 Oriental mythology represents the dragon as a positive force, representing power, strength, and good luck. Dragons are revered beings in China and, although fierce, are rarely mean-spirited. Usually long and serpentine, with four legs, Chinese dragons have attributes of other animals: some have horse-like heads, some stags horns, some soles of tigers. Four-toed dragons are associated with the four elements of antiquity (earth, fire, air, water); five-toed dragons are symbols of Chinese emperors. Only the emperor can use this image, for others there are severe penalties for doing so.

Dragons symbolize power, prosperity, and nobility, and they have friends in high places. These powerful creatures represent everything from chaos, power, and the ultimate foe, to wisdom, protection, and the unconscious. Dragons can be benevolent, lazy, or demanding. Not only are the concepts that dragons symbolize quite diverse, but how they are represented is equally so. Dragons can be serpents, reptiles, birds, or snakes. Some breath fire, some do not; the possibility of fire-breathing dragons - as with dinosaurs - is supported by the existence of the Bombardier beetle, which spews chemicals from two sacs inside onto a predator outside, burning the would-be attacker. 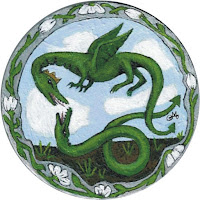 Dragons and serpents are sometimes interchangeable, and both make an appearance in alchemical traditions. Some winged, some not, they represent processes, elements, or forces at work in the natural and spiritual world. Wings can represent volatile elements, and no wings, fixed elements.

Still popular and appealing in our modern culture, dragons now have the ability to move between dimensions, and some are even companions to humans and wizards. They appear in artwork, films, toys, fashions, music, books, and promotions. These fabulous, mythical, and magical creatures will continue to evolve and diversify, claiming their place in our imaginations and our planet for a long time to come. 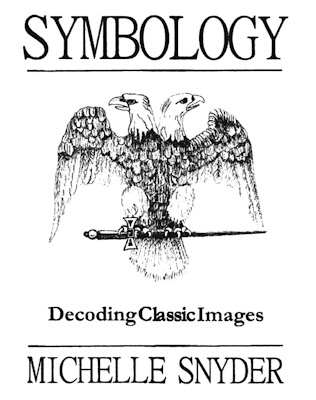 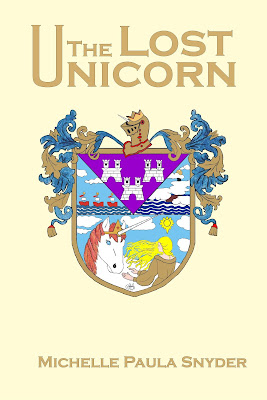 Posted by The Symbologist at 7:00 AM