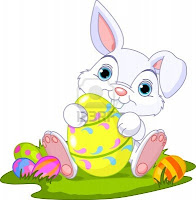 "Of course bunnies don’t lay eggs!" the mother told her daughter. But there was no forthcoming explanation of why Easter – the day of the risen King – was surrounded by baskets of fake grass, candy, chocolate, decorated hard boiled eggs, and cute fluffy bunnies. Never mind what all that has to do with going to church and the Resurrection of Christ.

Easter is celebrated by Christians worldwide as the day Jesus rose from the dead, completing the promise of God. Easter is around the time of Spring Equinox. This date is connected with fertility rites, a practice at least 14,000 years old.

It is an ancient practice, love in spring: This is a Paleolithic calendar instructing the cycles of human reproduction: that babies should be conceived in spring, to be born around winter solstice. Winter babies during the ice age had the best chance of survival: Families stayed inside, and newborns got a maximum of attention.

They also observed that babies who were born in spring were exposed to pollen in the air and in mother’s milk, producing more people with allergies. Summer produced a high percentage of colic babies who had to compete for parental care with hunting and building activities; the preparations for the approaching glacial weather were paramount. Fall babies risked animal worms, viruses, and bacteria, which in winter would be uncommon. Families were paramount, babies meant the continuation of the human race. Still do.

Spring Equinox became a time of sexual activity in an effort to produce as many healthy children as possible at winter solstice (now Christmas). Over time rabbits (known for their rapid reproduction) and eggs (from where chics come) became fertility symbols. And everyone knows chocolate is food for romance. Fertility rites were celebrated in ancient Greece, then Rome. Goddesses such as Aphrodite, Demeter, Venus, Kali, Ostara, and Ishtar are connected with cult celebrations of fertility. The Teutonic goddess of the dawn known as Eastra is said to be the basis of the word Easter, eastre being a root word for spring, east being where the sun rises.

Springtime promises new life. Fertility rites celebrate new life. The resurrection of Jesus Christ celebrates new life. The history of crucified and resurrected kings dates back thousands of years and evolved from the sun goddess Helen. Worship of Helen grew from the understanding that the sun always rose, and as long as it did and there were babies, life would be eternal. Babies come from women, and so girls and women were held in high esteem, along with the life-giving sun. Young blonde girls symbolized the sun, and grew into beautiful blonde queens, and then into the goddess of the sun, Helen. Ca 1200 BC the transformation of the goddess Helen into a male began, and she became known as sun gods such as Apollo, Abraxas, Lugh, Ra, Shamash, Sol Invictus, Garuda, Freyr, and Mithra. Jesus is the Christian equivalent of these gods, bringing life and hope, just as the return of the sun brought renewed hope to those struggling against Mother Nature in temperatures that exceeded fifty below zero, ca 12,500 BC.

Then, as now, life was sacred, babies were precious, and the sun gave warmth and made the food grow. People may celebrate life in different ways, but the life they celebrate is the same. We color Easter eggs and hide them for the kids to find (reminiscent, I think, of Ruth in the fields of Boaz), color pictures of bunnies and little yellow chics, go to church in our best spring clothes, and eat lots of chocolate. After Easter dinner of course.

So Happy Easter.
May the Sun, and the Son, bless your life
and bring you hope, warmth, and the love of family. - Michelle 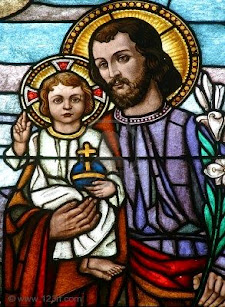