The Fourth Dimension of Masonry 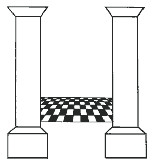 The Rule, Square, Compasses, Plumb, and Pillars are symbols with speculative meanings in their own right, to guide a Mason's conduct. Together in operative application this system of symbols captures a progressive process of scientific observation. The applied logic of these symbols teaches ancient math and physics necessary for building with stone, and for navigation. Earlier than Solomon's Temple, the Great Pyramids, Baalbek, or newly discovered (1994) Gobekli Tepe, the origins of scientific measurement are found throughout Europe, before the Dryas II Ice Age, and migrate southward after. Like the very first stone hammer used two million years ago, these symbols of fundamental science are much older than chartered lodges, yet they are unique to this ancient fraternity. The symbols used exclusively in Masonic lodges today carry these ancient principles through times-past into time-to-be.

1. The First Dimension - The Rule
Observing of the physical universe begins at a single point. A point doesn't have any height, width, depth, or volume, yet it provides basis for observation. Without the one-point origin, lines, circles, and spheres cannot exist. The single point is the first dimension where metric origins begin. Our iris radiates around the center-point of our pupil - the original point of observation, the eye of the observer from which our vision radiates - encompassing panoramic landscapes or focusing on a single star twinkling red overhead. Through the lens of a microscope or telescope, the all-seeing eye watches from a single point.

The Rule measures a one-dimensional, sequential, span. Between an original point and any second point is a line of infinite points in one dimension (height, width, or depth).  From an original point, infinite one-dimensional lines radiate straight-out in all directions, like rays of light from a star. Each line can be gauged with a Rule and measured in the first dimension.

2. The Second Dimension - The Square and Compasses
A third point makes a triangle of three one-dimensional lines, a two-dimensional plane, and an area. Perpendicular centerlines that divide the plane into quadrants are called the x axis (horizontal), and the y axis (vertical). Any point on that plane can be plotted by using the Square to gauge the distances from each centerline.

A two-dimensional circular plot is pie-sliced into parts by radiating lines from its center point.  Any point on the plane can be plotted by measuring the distance from the center point, and the angle from its centerline. The Compasses circumscribe all radiating lines on the plane with a circle, and can then divide the arc into equal parts. Anchoring the centerline to the north creates a benchmark for headings. Direction can be navigated from the center point, or eye of the observer, toward any azimuth point with the Square and Compasses.

3. The Third Dimension - The Plumb
A fourth point, off the plane, creates four distinct triangular planes, all connected, whose areas enclose a three-dimensional volume, or space. The fourth point can be plotted with a second radial plane, with a plum-line (z axis) that passes through the center point of the first radial plane. The third dimension can be observed with these two perpendicular radial planes defining a three-dimensional spherical volume, or space, with an equator and meridians.

4. The Fourth Dimension - The Two Pillars
The additional point added for the fourth dimension is not a point in space, but a point in time. The first point in time, or beginning, is the origin from which change can be observed; change that can be measured, not in dimension, but in duration against its origin (Duncan-Enzmann).  The rotation of a three-dimensional sphere around its plumb-line axis is a change or movement in the fourth dimension.

As in the beginning, an original point in time doesn't have any height, width, depth, or volume, yet it provides a basis for a timed observation of change in the physical universe. A span in time, as in a span in line, requires two points. Between two points in time, the beginning and the end, is an observable, measurable fourth dimension - change. This two-point, binary (on/off), toggle system of measurement can be observed as bright stars cross a dark sky against a pair of parallel, perpendicular pillars. The fourth dimension - time marked by change - is measured by observation of the heavens through the Masonic pillars of Strength and Wisdom.

From the original point of observation, as stars move between the two pillars, the binary-time span is proved by operative tools measuring all four dimensions, height, width, depth, and time span. The ancient principles of scientific observation, dimension, and metrology are represented by the images we commonly call Masonic Symbols. 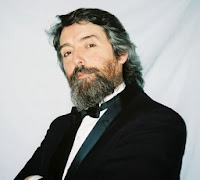 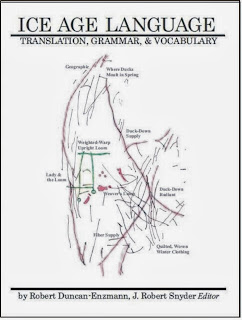 Translations of ice age inscriptions by Dr. Robert Duncan-Enzmann, compiled, edited, and published by J. Robert Snyder, White Knight Studio. An extraordinary look into our prehistoric past, provided by more than 1,000 extant ice age inscriptions from Gönnersdorf, Germany, ca. 12,500 BC, now translated to reveal their exquisite stories and hidden history.