Mothers are worshiped and feared, loved and resented, emulated and ignored. They are powerful storytellers, hard workers, and resilient human beings.

Where would we be without mothers? Truth is, we wouldn't be. Mothers have been around since life began. Children are the hope of the future, and mothers bring forth children. A female’s ability to produce new life was worshiped as sacred in the oldest civilizations. The future of the human race depended - depends - upon this blessing.


Have you ever seen “cookie cutter” kids? You know, a mother with kids in tow, and they all look like mini versions of her, all copies of each other? What an amazing sight. Our hair, skin, and eye color all come from our inherited genetics. Likewise, centuries of cultural tradition and millennia of human behavior deposit genetic memories - images, symbols, called archetypes – which carry ghosts of culture and tradition. The oldest and perhaps most powerful of these symbols is the mother, a vision seen since life began. A mother’s love is said to be the most prevailing and powerful emotion. 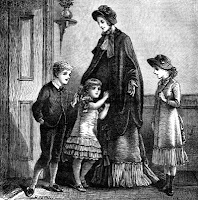 Inscriptions from 14,500 years ago, translated by Duncan-Enzmann, tell of mothers caring for children. Daughters were precious because they could produce life, assuring another generation and thus hope for the survival of the human race. Celebrations of Mother are found in ancient Greek and Roman festivals dedicated to the goddess Cybele. These festivals were in honor of motherhood, maternal bonds, and the influence of mothers in society. “The hand that rocks the cradle rules the world.” That is quite a responsibility. Today much of it lay with daycare mothers - but mothers none the less.

Scripture admonishes us to honor our mothers. An old holiday called Mothering Sunday was celebrated in Britain, a day the Church set aside during lent in which children returned to their home church, usually taking their mothers with them. In 1913, Miss Anna Jarvis instituted a day to be set aside in honor of motherhood, and since then Mothers’ Day has been celebrated both here and in Britain, eventually replacing Mothering Sunday. Mother-in-law day did not have the same success.

Today, Mothers’ Day honors love for and of mothers around the world. Husbands and children express appreciation for the endless flow of motherly love with symbols of affection: phone calls, cards, chocolates, flowers, jewelry, and framed pictures of the kids are among the most popular in the West. Taking Mom out to eat is traditional, relieving her of both cooking and cleaning up. Some children present Mom with handmade gifts or write poems for mom in cards they make.

This Mother’s Day why not start a family tradition of your own, make a phone call, make a card, make a cake, but make it special. Be thankful for your mom - without her, you would not be. 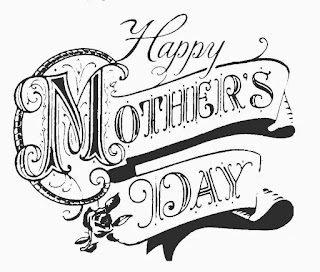 Symbologist Michelle Snyder
See more like this at www.enzmannarchive.org and find Michelle's books at their store.
t Dragon
Posted by The Symbologist at 8:00 AM